Located in the heart of the Central American isthmus Honduras stretches from the Pacific to the Caribbean, its interior a mixture of gargantuan national parks, Mayan relics and colonial towns.

The country’s tourist appeal is undeniable. It is most well-known for the Bay Islands, a group of small outcrops and even smaller islets (or cays) located a mere one hour from the coast of La Ceiba in the twinkling Caribbean Sea. Roatan, with its international airport, cruise ship terminal and low-key resorts gets the lions’ share of visitors, who come to scuba dive, swim with dolphins and bask in the hot and humid climate, while next door Utila has long been a favourite of the backpacking crowd who come to test the waters as they learn to scuba dive or swim with the World’s largest fish, the whale, shark. While the Bay Islands, with their idyllic, relaxed tropical characters are a big draw, the mainland is no less enticing.

Along the north Caribbean coast sweeping beaches are home to towns such as Trujillo, steeped in pirate history. Traditional Garifuna villages line the coast, their culture an integral part of Honduras’ national identity. The great Pico Bonito towers above the national park of the same name, whose mangrove fringes are home to manatees, anteaters and countless species of rainbow-colored birds. The true adventurist can head into the heart of the wilderness that is the Rio Plátano Biosphere Reserve, a UNESCO World Heritage Site teeming with wildlife.

Heading inland, through rolling green hills blanketed in banana, coffee and tobacco plantations evidence of Mayan ancestry is everywhere. The great archaeological remains at Copan are amongst the most significant in the entire Central American region, immaculately preserved and providing insight into the history and people that shaped the country. The architectural beauty of Copan can be seen through its colonial buildings and bohemian artists’ shops.

Honduras is the perfect place for eco-adventure. From water sports in the Bay Islands to white water rafting the Cangrejal River, from canopy tours in cloud forests to fishing in the great Lake Yojoa, Honduras is unbridled and untamed. 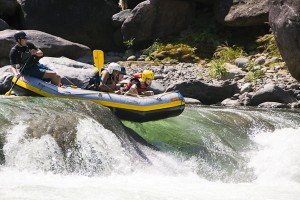 Sometimes Security in Honduras is a serious issue but that doesn’t stop travelers from visiting Honduras.

The official language is Spanish. English is widely spoken by the West Indian settlers in the north and on the Bay Islands off the Caribbean coast. Amerindian dialects are also spoken.

The climate in Honduras is generally dictated by altitude. In the central highlands, the weather is pleasantly warm in the daytime and cool at night. The hot Pacific and Caribbean coasts offer the relief of breezes and cooling rain showers, while San Pedro Sula and other lowland towns can be positively scorching in summer.

Honduras’s rainy season, “winter” (invierno), runs from May to November (most markedly June and July). In much of the country it rains for only a few hours in the afternoon, though along the northern coast and in Mosquitia rain is possible year-round. October and November are the only months you might want to avoid in these parts: in the middle of the hurricane season which usually begins in August, this is when you’re most likely to be affected by storms.

Copan-  Step back in time at these spectacular Maya ruins. 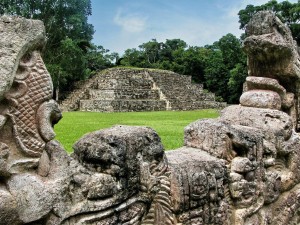 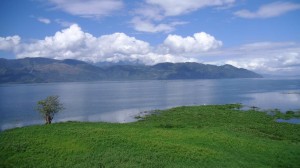 Gracias-  It’s among Honduras’s oldest towns, and it acts as the gateway to Parque Nacional Celaque.
Bay Islands- It has got a unique personality and it is considered as world famous diving destination. 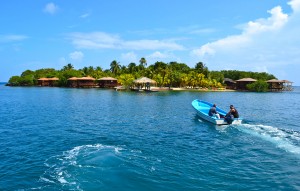 La Mosquita –  It is a isolated and undisturbed land , where nature still rules.
Olancho –  It has got the most stunning and challenging terrain.
Honduras Food and Drink

While Honduras isn’t famed for its cuisine, there are some very tasty local dishes that are worth trying, and a noticeable difference in regional varieties. There is a decent variety of restaurants and bars in Tegucigalpa, San Pedro Sula and the main cities, and fast food plays an increasingly big role.

Beans, rice and tortillas are a staple of many dishes and can be found in any restaurant, while plantains can be found cooked in a surprising numbers of ways. Pork is widely consumed, as are chicken and beef, and fish and seafood are staples in coastal areas and the Bay Islands. The main meal of the day for most Hondurans is at lunch and is often a ‘plato tipico’ of beef, re-fried beans, tortillas, sour cream, pickled cabbage, rice and fried plantain. While most Honduran food isn’t spicy, locals put spicy sauce on most meals.

The largest spectator sport in Honduras is football (soccer), and the Honduran national league and the major European leagues are all keenly followed. Olimpia and Motagua from Tegucigalpa, Marathón and Real España from San Pedro Sula, and Victoria from La Ceiba are the biggest teams and usually pull in a fairly decent crowd. Tickets don’t need to be bought in advance, as most games don’t sell out.

With a number of national parks – most of which have accommodation and/or camping and well-marked trails – Honduras is a fantastic place to hike. Parque Nacional Celaque, with the highest peak in the country, is a great place to start. Meanwhile, the Bay Islands offer some of the cheapest places in the world to take PADI diving certification courses – both the diving and the snorkeling are excellent – while Lago de Yojoa has fishing and bird watching trips.