Mexico and its Rich Heritage and Culture – Mexico Travel Guide

Mexico is the land of Ancient Pyramids, Stunning Coastline and a rather famous tipple.

Mexican culture is a hugely diverse domain that encompasses vast differences in identity. The Mexican History has various influences, starting from the ancient Mayan civilization to the domineering European presence, has come to shape and define the enthralling country it is today.

One of the world’s great civilizations, Mexico is a melange of Meso-american cultures and modern indigenous tribes, Spanish traditions and a vibrant modern economy, the biggest in Latin America after Brazil.

Mexico’s landscapes are just as diverse, from the shimmering blue coastline of Baja California and the iconic cactus-strewn deserts of the north, to the Mayan villages and gorgeous palm-smothered beaches of the south. You can climb volcanoes, watch whales, swim underground and tour tequila farms.

You’ll also come across some richly adorned colonial churches, giant ancient pyramids and a sophisticated cuisine that has little in common with the world of nachos and burritos.

The country has mixed ethnicity. There are Communities of full-blooded indígenas and they represent around ten percent of the population, with the Nahua, Maya, Zapotec, Mixtec, Otomí and Totonac the largest groups.

There are also a few Mexicans of pure Spanish or European descent, invariably forming the ranks of the mega rich, even if billionaire Carlos Slim is actually of Lebanese ancestry.

The great majority of the population, is mestizo, combining in themselves European and indigenous traditions with, to a greater or lesser extent, a veneer of urban sophistication. You have a thrilling, constantly surprising places to travel with varied identities such as the typical cowboy culture of the northern deserts to the Meso-american traditions of the south.

Despite the inevitable influence of the US, looming to the north, and close links with the rest of the Spanish-speaking world, the country remains resolutely individual.

The music that fills the plazas, the buildings that surrounds them, even the smells emanating from a row of taco carts: they all will tell you that you are in Mexico

Mexico has a fast growing economy and is considered the world’s fourteenth largest. It has a remarkably thorough and efficient internal transport system and a vibrant contemporary arts and music scene. Without any doubt, the country has proven extraordinary growth since its independence.

Often compared to the BRIC economies, Mexico is expected to have a higher GDP per capita than all but three European countries by 2050. 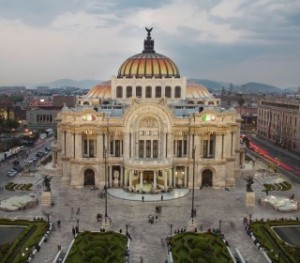 Your enthusiasm to explore Mexico will never diminish as you can witness the muddy bullfight, rowdy dancing, or hopping on a rural bus, packed with farmers all carrying machetes half their height. It’s a complete thrilling experience to travel around but at the same time it is not easy also.

The power may go off, the water may not be drinkable. Occasionally it can seem that there’s incessant, inescapable noise and dirt. And although the mañana mentality is largely an outsiders’ myth, rural Mexico is still a land where timetables are not always to be entirely trusted, where anything can break down anytime.

More deeply disturbing are the extremes of ostentatious wealth and grim poverty that still exist, most poignant in the big cities, where unemployment is high and living conditions beyond crowded, as well as the ongoing drug wars that provide a seemingly non-stop stream of sensational, often gruesome headlines.

Whilst the violence is very real in some parts of the country, the danger for tourists is absolutely minimal – for the most part, you’ll find this is a friendly, fabulously varied and enormously enjoyable place to travel.

Summer, from June to October, is considered the rainy season in Mexico, but the wetness may vary from place to place. In the heart of the country you can expect a heavy but short-lived downpour virtually every afternoon; in the north hardly any rain falls, ever.

Chiapas is the wettest state, with many minor roads washed out in the autumn, and in the south and low-lying coastal areas summer is stickily humid too. Along the beaches, September to mid-October is hurricane season – you’ll usually get wet weather, choppy seas and mosquitoes, if not a full-on tropical storm. Late winter is the traditional tourist season, and in the big resorts like Acapulco and Cancún, the months from December through to April are the busiest.

Mountain areas, though, can get very cold then; in fact, nights in the mountains can be extremely cold at any time of year.

In effect, visitors come all year round – sticking on the whole to the highlands in summer and the coasts in winter. November is probably the ideal time to visit, with the rains over, the land still fresh and the peak season not yet begun.

Mexico City, is totally fascinating with artistic, political and cultural presence. Around the city lie the chief relics of the pre-Hispanic cultures of central Mexico: the massive pyramids of Teotihuacán and the main Toltec site at Tula. Guadalajara, to the west, is a city on a more human scale, capital of the state of Jalisco and in easy reach of Michoacán: between them, these states share some of the most gently scenic country in Mexico, where the thickly forested hills are studded with lakes and ancient villages. 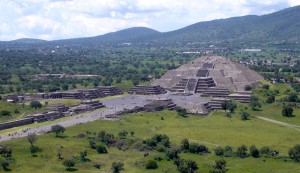 South of the capital lies the states of Oaxaca and Chiapas which is home to some pure indigenous groups. The landscape and mountains en-surrounding them are truly beautiful but in a wilder way.

The city of Oaxaca is especially enticing, with an extraordinary mix of colonial and indigenous life, superb markets and fascinating archeological sites. The market town of San Cristóbal de las Casas in Chiapas is a big travelers’ center.

It’s typically the stop before the picturesque Maya ruins of Palenque. East into the Yucatán there is also traditional indigenous life, side-by-side with a tourist industry based around truly magnificent Maya cities – Chichén Itzá and Uxmal.  Chichén Itzá was declared one of the New 7 Wonders of the World in the year 2007. 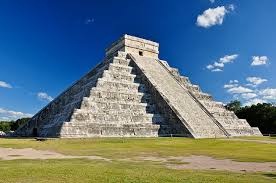 Acapulco is the best known of the beach destinations. Along the ocean to the north, hundreds of kilometres of relatively empty sand are broken up only by resort cities like Mazatlán and Puerto Vallarta. Few tourists venture over to the Gulf coast, despite the attractions of Veracruz and its mysterious ruins. 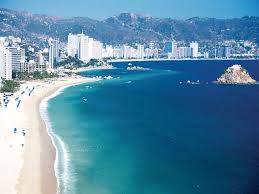 Coming through the Bajío, the heart of the country, you’ll pass the beautiful silver-mining towns of Zacatecas and Guanajuato, the historic centres of San Miguel de Allende and Querétaro, depicting the colonial architecture.

Between here and the US border lie vast deserts and mountain ranges, home to the Copper Canyon, with its spectacular rail journey, the mysterious ruins at Paquimé and the dynamic industrial city of Monterrey. Baja California in the far northwest of Mexico is a major destination in its own right, with world-class whale-watching, untrammeled beaches and crumbling Spanish ruins. 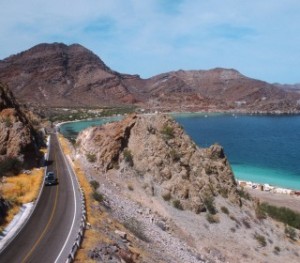 Sport fishing is enormously popular in Baja California and the big Pacific coast resorts, while freshwater bass fishing is growing in popularity too, especially behind the large dams in the north of the country. Diving and snorkeling are big on the Caribbean coast, with world-famous dive sites at Cozumel and on the reefs further south.

The Pacific coast has become something of a center for surfing, with few facilities as yet (though you can rent surfboards in major tourist centers such as Acapulco and Mazatlán) but plenty of Californian surfers who follow the weather south over the winter.

The most popular places are in Baja California and on the Oaxaca coast, but the biggest waves are to be found around Lázaro Cárdenas in Michoacán. And more minority-interest activity for which Mexico has become a major centre is caving. With a third of the country built on limestone, there are caverns in most states that can be explored by experienced potholers or spelunkers.

From Baja California to Oaxaca, the Pacific Coast of Mexico is home to some of the planet’s most sublime surf. “Mexico is a dream destination for a surfing trip,” raves Dane Sharp of iconic surf company Rip Curl. “The water is warm, there are waves everywhere and much of the coastline is largely unexplored.” 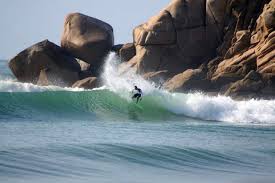 Mexico’s chief spectator sport is soccer (fútbol). Mexican teams have not been notably successful on the international stage, but going to a game can still be a thrilling experience.

The capital and Guadalajara are the best places to see a match and the biggest game in the domestic league, “El Clásico”, between Chivas from Guadalajara and América from Mexico City, fills the city’s 150,000-seater Aztec stadium to capacity.

Baseball (béisbol) is also popular, as is American football (especially on TV). Jai alai (also known as frontón, or pelota vasca) is Basque handball, common in big cities and played at a very high speed with a small hard ball and curved scoop attached to the hand; it’s a big gambling game.

Mexican rodeos (charreadas), mainly seen in the north of the country, are as spectacular for their style and costume as they are for the events, while bullfights remain an obsession: every city has a bullring – Mexico City’s Plaza México is the world’s largest – and the country’s toreros are said to be the world’s most reckless, much in demand in Spain. Another popular blood sport, usually at village level, is cock fighting, still legal in Mexico and mainly attended for the opportunity to bet on the outcome.

Masked wrestling (lucha libre) is very popular in Mexico, too, with the participants, Batman-like, out of the game for good should their mask be removed and their secret identity revealed. Nor does the resemblance to comic-book superheroes end in the ring: certain masked wrestlers have become popular social campaigners out of the ring, always ready to turn up just in the nick of time to rescue the beleaguered poor from eviction by various landlords or persecution by corrupt politicians.
References: