Nicaragua, the land of lakes and volcanoes, is also the land of lush forests, deserted beaches and vibrant colonial cities. It’s a nature lover’s paradise.

During the 1980’s, Nicaragua attracted an army of sympathetic internacionalistas who volunteered to work in the fields as an act of solidarity with the revolutionary government. Now an increasing number of visitors are attracted by the country’s natural beauty.

Go hiking and biking, kayak along jungle rivers and swim in crater lakes. Explore steamy rain forest and mist-wreathed cloud forest. A wildlife wonderland, it’s home to Howler, white-faced Capuchin and Spider Monkeys, Jaguars and Crocodiles, as well as a multitude of birds and butterflies. And there’s plenty to satisfy the most exacting adrenaline junkie: speed along zip lines, surf the Pacific breakers, even surf down active volcanoes.

Kick back on twin-coned Ometepe Island, rising out of the silver flat surface of Lake Nicaragua. Or catch an open-sided boat along the San Juan River into the heart of the Indío Maiz Biological Reserve, the largest area of virgin rain forest north of the Amazon.

Colonial León, the cultural capital, is a hotbed of revolution and poetry, and the starting point for climbing the Maribios volcanic chain, where you can snowboard down the black ash slopes of still-rumbling Cerro Negro. Or pick your own coffee in the temperate northern highlands around Matagalpa and Jinotega.

San Juan del Sur has long been a haunt of surfers in search of the perfect wave, a place to chill by day and party after dark. Further afield, the Corn Islands tick all the Caribbean boxes without the price tag. Explore the reefs, dine on lobster, then flop into a hammock with only the rustle of palm fronds to disturb you.

Picture-perfect Granada is a colonial gem and one of the oldest cities in the Americas. It’s the ideal base to explore Masaya’s volcanic park and barter at its colorful handicraft market, witness centuries-old fiestas, zip-line over Mombacho’s cloud forest and cool off with a swim in the crystalline crater lake of Laguna de Apoyo.

For all its beauty, the welcoming Nicas are the country’s finest asset. Revolution, civil war and natural disasters may have taken their toll on the country’s infrastructure, but its resilient people remain warm and welcoming, and intensely proud of their culture and traditions.

Those with more time can learn Spanish at a not-for-profit school or volunteer with a local charity. Then grab some rum and dance the warm tropical night away to the sultry rhythms of salsa.

Things to See and Do

Big Corn and Little Corn are two isolated Caribbean atolls that were once a haven for pirates. Now Little Corn in particular is a pocket-sized paradise that ticks all the boxes – turquoise waters, palm-fringed white-sand beaches, stunning coral reefs and a relaxed vibe. 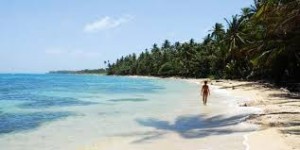 Close to Granada, this Domitila Wildlife Reserve (www.domitila.org) is one of the last remaining areas of dry tropical forest on the Pacific coast. It’s home to over 200 howler monkeys and numerous species of birds, butterflies and insects. Hike the trails or stay the night in a rustic cabin.

The country’s third biggest city has a friendly, small-town feel with walls still covered in revolutionary murals. Nearby, Miraflor Natural Reserve (www.ucamiraflor.com) offers hiking, riding and bird watching through dry and cloud forest. Accommodation is in basic cabins, or stay with a family to get a real taste of rural life.

This picture-perfect colonial city makes the ideal base for exploring. Stroll around its cobbled streets and visit its ancient churches, kayak around its tiny islands, dine in its upmarket restaurants and, if you have time to fit in around excursions, try some Spanish lessons at a non-profit school or look at volunteering opportunities.

For the ultimate jungle adventure, explore the dense forest of the Indio Maíz Biological Reserve, which has more species of birds, trees and insects than the continent of Europe. Go with an indigenous Rama Indian guide and, if you’re lucky, you might spot an elusive jaguar.

Known as the ‘City of Mists’ for its wisps of high-altitude cloud, the birthplace of the revolution is now a peaceful city known for its cool climate, stunning valleys, pine forests and granite peaks. It makes a good base for exploring the surrounding coffee farms and nature reserves, lakes and rivers.

Colonial León is the former capital with the lively, lived-in feel of a university city. Home to the largest cathedral in Central America, colorful, socio-political murals grace the walls and it’s a hotbed for Nicaragua’s twin passions, politics and poetry. Try surfing down nearby Cerro Negro, the country’s youngest volcano.

Most visitors bypass Managua, the sprawling and frankly ugly capital, but if you’re stopping over it’s worth visiting the National Museum, listening to a concert in the Rubén Darío National Theater (www.tnrubendario.gob.ni) or catching a baseball game, the country’s favorite sport, at the Dennis Martinez National Stadium.

There are two reasons to visit Masaya. You can shop til you drop at the famous handicraft market where you can meet the skilled artisans and learn about the region’s fascinating folklore at the small museum. And head to Masaya Volcanic National Park, where you can hike around the ash-covered landscape and peer into a still-smoking crater.

Wake up and smell the coffee in this temperate town in the northern highlands. Nearby, Finca Esperanza Verde (www.fincaesperanzaverde.com) –  an eco-lodge, nature reserve and organic coffee farm set in tranquil cloud forest – runs a reforestation programme and all tourism income is ploughed back into community projects.

Mombacho’s imposing cone can be seen from Granada and it’s the perfect place to discover the flora and fauna of the cloud forest, including beautiful orchids in season. Climb the volcano for spectacular panoramic views or zip-line over it for a thrilling adrenaline rush.

Rising out of Lake Nicaragua, the friendly inhabitants of this idyllic twin-coned volcanic island survive on fishing and farming. Stay in one of its small eco-lodges; climb steep Concepción or the easier muddier Maderas; search for petroglyphs; cycle around the island or simply lounge on the lake shore beaches.

The department of Rivas is home to surf- and party-central San Juan del Sur, as well as some of Nicaragua’s most stunning – and often deserted – beaches, including El Coco, Marsella and Ocotal. The beach at La Flor Wildlife Reserve is where thousands of Olive Ridley turtles come to lay their eggs.

This laid back beach town is full of bars and restaurants and you can stay in a beachfront B&B or splash out at an upmarket hotel. It’s long been a surfers haunt – Maderas and Remanso beaches are a short drive away, and you can take boats to other popular surf spots.

Once an important transit route between the oceans, the river now forms the watery border with Costa Rica. Winding through remote towns and flanked by wildlife-filled forest, it still has an intrepid feel. Explore the fortress town of El Castillo or take a boat all the way to the Caribbean coast.

Set in a remote corner of Lake Nicaragua, this archipelago is made up of 36 tropical islands and islets. San Fernando, Mancarrón, La Venada and Mancarroncita are the largest, home to a community of primitive artists and Los Guatuzos Wildlife Refuge, a maze of forest and waterways that teems with wildlife.

This geological wonder – one of the oldest rock formations in Central America – only became known to the outside world in December 2004. Hike along its rocky trails to scenic viewpoints, take a boat tour, try rubber tubing along its crystal-clear water, or rappel down its vertical walls.

Masaya Market is the handicrafts mecca, where you’ll find hand-embroidered clothing, wood carvings and hand-woven cotton hammocks, much of it made by artisans from the surrounding villages. Look out for black pottery from Jinotega, coconut shell jewelry from the Caribbean coast and finely carved cups made out of jicaro gourds from Rivas as well.

Shopaholics will love Granada, where there’s everything from colonial-era antiques to high-end souvenirs and the work of local cooperatives, including hand-made jewelry and quirky bags made out of recycled materials. Wicker furniture, such as the ubiquitous rocking chairs, is beautifully made but difficult to transport.

In the Solentiname Archipelago, you can pick up colorful primitive paintings of the islands’ natural beauty direct from the artists, along with brightly painted balsa wood carvings of birds and animals.

Esteli is the place to go if you hanker after a pair of hand-tooled leather cowboy boots. They come in every shade imaginable and can be custom-made in a couple of days. Smokers can pick up good quality cigars too, including organic brands, hand rolled in the region’s tobacco farms.

If you’re in Managua, head to the Roberto Huembes market, where there’s a wide selection of crafts from around the country. For a more sedate shopping experience, the Galerias, Metrocentro and Multicentro Las Americas malls have craft shops with higher prices than the markets plus a 15% sales tax, as do many of the high-end hotels.

Note: Keep an eye on your belongings at crowded markets. Prices aren’t generally marked up but if you want to haggle, you might get a discount of around 5-10%. There are few or no ATM’s in rural areas and some retailers don’t accept credit cards, so carry cash. US dollars are usually accepted, as well as córdobas.

Sociable Nicas love  nothing better to go out to eat and drink, often in large groups. Dancing is always on the agenda and discotecas – from glitzy clubs to dingy bars – play everything from hip-hop to salsa, merengue and booty-shaking reggaeton . If  you don’t know your left foot from your right, there are often classes available.

Bars and cafe’s opens by the week in Granada, from sophisticated cocktail bars in colonial courtyards (usually on the west side of the plaze), to more rustic beer joints on the lake shore.

Student-filled León is bursting with bars that are open late most of the week, especially around the Teatro Municipal. Some even have a cultural slant, with poetry readings and discussions. Conversely, try laid back San Juan del Sur – it’s main strip has a party feel, with happy hour cocktails, open mic nights, film nights, DJ’s and live bands.

Managua’s Zona Rosa is the up-and-coming party district, with clubs, bars, restaurants, clubs and a casino. The Zona Viva,around the Galerías Santo Domingo shopping mall, is another popular bar-hopping spot.

In rural areas, the drinking dens are more homespun and male oriented, and it’s not Saturday night without a fight, so don’t hang around until the bitter end.

Theater is under funded and limited but León, Granada and Managua’s theater are the places for performance arts. You’re more likely to catch a dance troupe at one of the many saint’s days and festivals.

Gallo pinto (rice and beans) is a Nicaraguan staple and the basis of all three meals, served with everything from eggs for breakfast to steak for dinner. Other typical dishes include grilled beef and chicken), patacones (fried green plantain chips), and freshwater fish like guapote (bass). The country has an abundance of exotic fruits, such as guanábana (soursop), maracuyá (passion fruit) and carambola (star fruit), which are turned into delicious drinks. And don’t miss the excellent rum; the older the better.