Panama is known for its curvy, narrow land mass which serves as a physical and cultural land bridge between North and South America.

While Panama is more expensive than other Central American countries, its natural beauty is unsurpassed. Can you imagine hundreds of idyllic, deserted islands scattered through warm seas; densely forested wilderness; creatures as incredible as those in Dr. Seuss’s most imaginative books. Panama’s skinny isthmus holds all this, and much more.

There are fifteen hundred islands on both the Caribbean and Pacific coasts, the planets most nature-rich, accessible rain forests, spectacularly beautiful mountains and highlands, historical sites from a rich past as an international crossroads, seven living native cultures and a cosmopolitan capital city with a non-stop nightlife.

Panama Canal has been called “The Eighth Wonder of the World”. It took 250,000 people from all corners of the globe more than 10 years to build, and it stands as a monument to mankind’s ingenuity and power of conviction. In 2014 the Canal celebrated its 100th Anniversary.

Panama’s rainy season is between June and November, with rainfall much higher on the Pacific side of the country.

In Panama, the week of Easter is considered the Holy week which is similar to Semana Santa in Guatemala, with colorful religious processions and festivities. In February or March, Panama celebrates Carnival, famous for its lively water fights. You can visit Kuna Yala in February to see the grand Independence Day celebration of the indigenous Kuna people.

Panama City is a  delightful combination of the historic, modern, international and Latino.

Panama City has Manhattan-like skyline which remark that it is such a modern city in Central America. There are actually “three” Panama Cities: the modern skyscraper city with evidence of Panama’s rapid growth; Casco Viejo, the historically rich Spanish colonial district; and the ruins of the original city, Panama Viejo, burned down by the Pirate Henry Morgan in 1621.

There is also a great variety of restaurants and a lively nightlife scene. Other mega attractions include the nearby Panama Canal and the upcoming Frank Gehry Biodiversity Museum

Nature can never be this close to city life. The Panama Canal is one of the eighth man-made wonders of the world, but not everyone knows that Panama City is the only capital city in the world with pristine rainforests just half an hour away. And it’s because it is a part of the Panama Canal watershed—a critical resource for canal operations. No watershed , no Canal. There is a Monkey Island boat tour inside the canal, where you’ll see monkeys, crocodiles, exotic birds and a rain forest waterfall. 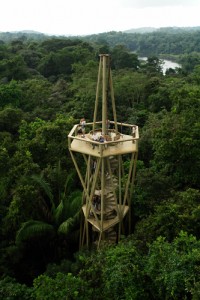 Exotic Bocas del Toro on Panama’s Caribbean coast is one of Central America’s top island destinations. You can relax on white sand beaches with scenic aqua blue waters  and then hike in rainforests so dense. They’re called ” A biologist’s fantasy”. With six major islands, Bocas is ideal for nature experiences, romantic getaways and family adventure. 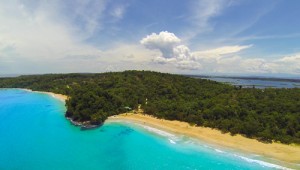 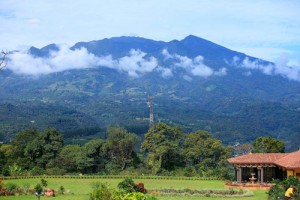 You can always experience the fascinating Indigenous Culture in this Tropical Paradise and it’s so overwhelming. 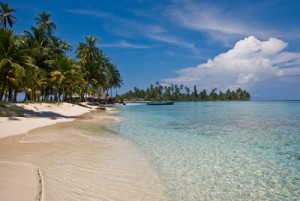 The two unbeatable attractions are 365 Caribbean islands of stunning tropical beauty and the opportunity to experience the indigenous Guna, an ancient people largely unspoiled by modern life.

A picturesque mountain town nestled in the second largest volcano crater in the world, El Valle is a one-of-a-kind destination. A volcano blew it’s top off five million years ago creating this enormous crater.With a near perfect year round spring climate, activities include a canopy zip line, ecotourism, hikes, biking and a small zoo. It is also the only home of Panama’s unique and endangered “Golden Frog” species.

It is a UNESCO World Heritage Site . Located in just 1.5 hours from Panama City on Panama’s Caribbean lies a scenic bay with five different 17th century Spanish forts and a treasure house. All the gold and treasure sacked from the Inca Empire passed through here, which attracted pirates from all over. This bay was the scene of numerous pirate attacks by the likes of Henry Morgan and Sir Francis Drake.

Portobello can be a day trip or an overnight. In addition to visiting it’s historical sites Portobelo activities include scuba diving, nature tours and enjoying its excellent seafood.

Activities include whale and dolphin watching, snorkeling and diving and sport fishing.

Pedasí and the Azuero Peninsula

A former fishing hamlet, this picturesque seaside town has a countryside feel, with Spanish influences and friendly folk.
Activities include a boat trip to Isla Iguana Wildlife Refuge for fantastic snorkeling, sunbathing on white sand beaches, world-class sports fishing and whale watching in season. Nearby Playa Venao is also one of the best surfing beaches. 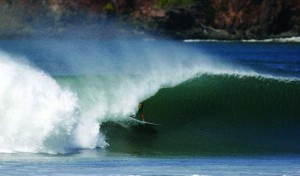 If you’re traveling to Panama for the first time, you will probably be curious to know about the Panama food. Due to Panama’s diverse Spanish, American, Afro-Caribbean and indigenous influences,Panamanian cuisine ranges from the familiar to the ultra-exotic dishes. 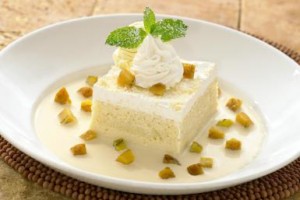 Panama breakfasts often contain deep-fried corn tortillas heaped with eggs and other goodies, including fried meat.  And of course, Panamanian coffee is a must.

A typical Panama meal usually includes meat, coconut rice and beans accompanied by local fruits and vegetables like yucca, squash and plantains. This platter is often called a casado which means “married”. The food of Panama’s islands and expansive coasts is vibrant with fresh seafood and tropical embellishments, such as mango and coconut.