You are here: Home › Belize Travel
By renuka on in Quick Guides

Belize offers some of the most breathtaking scenery anywhere in the region: thick tropical forests envelop much of the country’s southern and western regions, stretching up towards the misty heights of the sparsely populated Maya Mountains, while just offshore, dazzling turquoise shallows and cobalt depths surround the Mesoamerican Barrier Reef, the longest such reef in the Americas, as well as the jewels in Belize’s natural crown: three of the four coral atolls in the Caribbean.

The country’s climate is subtropical, with temperatures warm throughout the year, generally 20–27°C from January to May (the dry season) and 22–32°C from June to December (the wet season).

The best time to visit the country is usually between January and March, when it’s not (quite) as hot or humid. That said, these months are also Belize’s peak tourist season, and prices tend to be higher.

Picture yourself on a tube on a river, with tamarind trees and Belizean blue skies… A few minutes after launch the sky will be replaced by total darkness as you and your comrades are pulled down into the very bowels of the earth, where you’ll float through bracingly cold water in an underground network and witness – through the light of your headlamp – wonders unseen in the world above, from schools of eyeless cave fish and stalactites to strange Maya paintings high on the cave ceilings.

Welcome to cave-tubing , possibly the coolest (and most family-friendly) thing you can do in the dark. 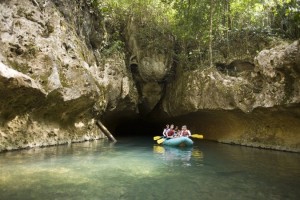 The country’s most popular cave-tubing site is east of Belmopan. Here, the Caves Branch River flows through five caves, taking tubers between the open air and cool caverns, and giving them an up-close view of stalactites, stalagmites, crystalline formations and artifacts from ancient Maya rituals. The extensive network allows for exploration of side passages, which sometimes lead to other caves, such as the spectacular Crystal Cave .

About 19 miles southwest of Caye Caulker, the vast Swallow Caye Wildlife Sanctuary spans nearly 9000 acres, including Swallow Caye and some parts of nearby Drowned Caye. Here the ocean floor is covered with turtle-grass beds, which support a small population of West Indian manatees.

For years, guides have been bringing tourists to this spot, in the hope of catching a glimpse of these gentle creatures as they chow down on the turtle grass. But the constant traffic put stress on the habitat, having the unintended effect of harming the manatees. After tireless efforts on the part of conservationists and guides, a wildlife sanctuary was finally established in 2002.

Now strict guidelines are in place to protect the manatee and to encourage them to stay in the area. Swimming with manatees is now forbidden by the Belizean authorities and signs have been posted to dissuade boat operators from using their motors near the manatees and from speeding through the area.

Nonetheless, those who monitor the manatees are encouraged by the increase in numbers at Swallow Caye. Patient visitors are usually rewarded with several sightings of breeching and feeding manatees, often including a mother and calf swimming together.

It was declared a marine reserve in 1998, the 61-sq-mile Caye Caulker Marine Reserve includes the portion of the barrier reef that runs parallel to the island, as well as the turtle-grass lagoon adjacent to the Caye Caulker Forest Reserve. Although the reef is regenerating after patchy hurricane damage, it is rich with sea life, including colorful sponges, blue-and-yellow queen angel fish, Christmas tree worms, star coral, redband parrotfish, yellow gorgonians and more.

Between April and September, snorkelers and divers might even spot a turtle or a manatee. All local snorkel and dive operators lead tours to the Caye Caulker Marine Reserve. 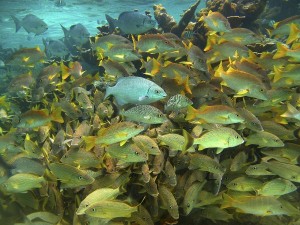 A narrow channel splits Caye Caulker into two distinct islands, and it’s at the Split where you’ll find a small public beach and the best swimming. It might look a bit postapocalyptic, with beach-goers lounging on bits of a broken wall, but its a popular and fun place to get to know the locals. 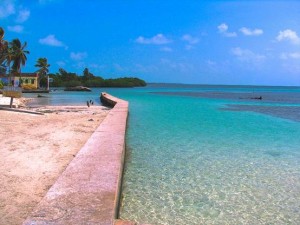 San Ignacio
The best place from which to explore inland Belize, including the wonderful Maya site of Xunantunich. 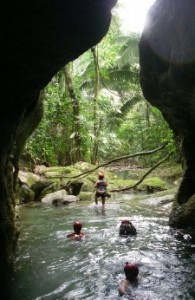 Dive deep into the inky waters of this coral-encrusted cavern.
Cockscomb Basin Wildlife Sanctuary
Hike the winding jungle paths of the world’s first jaguar reserve.
Placencia
Relax on Belize’s most beautiful, white-sand beaches or head out to sea for snorkelling and diving.
Caracol

Get enthralled in the beauty of Mayan Civilization. It is really one of a kind experience to climb to the top of a 1200-year-old temple complex and admire Belize’s greatest Mayan city. 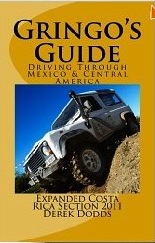