You are here: Home › Advice › Blog › In The News › Online Guide › Mexico › Mexico Bill Loosens Restrictions On Foreigners Buying Land
By Gringo Guru on in Advice, Blog, In The News, Mexico, Online Guide 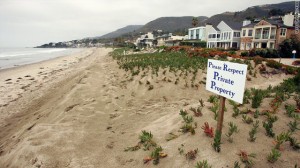 Mexico Bill Loosens Restrictions On Foreigners Buying Land. The longstanding restrictions on foreigners buying property along Mexico’s coast and borders were loosened on Tuesday after Congress’ lower house voted on a proposal that drew stiff criticism from some quarters.

The measure, which passed 356-119 in the Chamber of Deputies, still needs approval from the Senate and a majority of the country’s 32 state legislatures to become law.

For decades, foreigners have had to use real-estate trusts or Mexican front companies to buy beachfront properties, because Article 27 of the constitution prohibits non-Mexicans from directly owning land within 31 miles (50 kilometers) of the coast and 62 miles (100 kilometers) of the nation’s borders. The trusts and front companies have provided a lucrative income for banks, lawyers and notaries who are required to operate them, and the extensive paperwork has discouraged many foreigners from buying

Kevin Graham, a Texan who runs the Costa Maya Living real estate firm in the Caribbean beach town of Mahahual, said some potential buyers are put off by the prospect of not being able to hold direct title to beach properties.

“I feel, with all the doubts they have, it’s slowed the market down for foreign investment here,” he said.

The change, sponsored by Congressman Manlio Fabio Beltrones of the governing Institutional Revolutionary Party, would allow foreigners to directly buy oceanfront property for residential use, but not for commercial projects.

Such proposals have been made before, but not by figures as influential as Beltrones, the PRI’s congressional leader.

“This is about eliminating the middlemen who, through trusts, corporations and front men, have made a living off the constitutional ban,” Beltrones’ office said when he submitted the bill earlier this month. “It is a question of encouraging tourism investment and creating local jobs.”

The Union of Indians and the Farmers’ Force, a farmworkers group, criticized the proposal Tuesday, saying it would “give free rein to foreigners to legally buy up the best land, and encourage robbery and financial and real estate speculation.”

“This would result in the foreign colonization of the country,” the groups said in a statement.

Those are strong sentiments in a country frequently invaded by foreign powers in the 19th and early 20th century. Mexico set up the restrictions to ensure national security and avoid the creation of foreign enclaves like the one that grew up in a former Mexican province known as Texas, where the foreigners eventually rebelled and split from Mexico.

“For historical reasons, it was considered risky to allow foreigners to establish themselves permanently on the coast and the borders,” according to Beltrones’ proposal, but it says “the conditions that led the Constitution to limit such purchases have been overcome.”

Arguing for the change Tuesday, Beltrones said that “this would financially benefit the coastal town government, given that it would make tax payments, like property taxes, easier to collect.”

Federico Estevez, a political science professor at the Autonomous Technological Institute of Mexico, also cited the benefits to foreign investment by simplifying ownership for foreigners.

“This is to bring the law up to date, because basically it’s going on anyway, but with all these foul distortions of having to pay people off,” he said.

Noting that Mexico has been seeking more foreign investors, Estevez added: “You want their money, keep them here.”