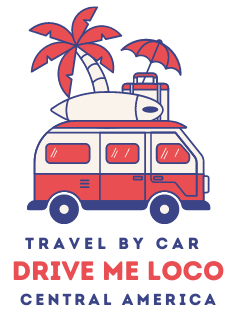 We were going to drive around the world, that was the plan. We bought maps, started to have weekly meetings. We talked about getting sponsors, the kind of vehicle we would drive. We imagined being in foreign lands and meeting exotic women. We talked about how we would ship the vehicle to Europe, where we would start, and how it would end. It was one of those moments where dreams felt like they could become reality. I had the feeling that anything was possible for one of the first times in my life—and it was.

My friend Mac was a Texan. He had a good head on his shoulders and wasn’t into other things that my California friends were into. He liked to chew tobacco and he was always spitting the excess into a Slurpee cup. He had cups of half-spit and half-tobacco all over the house. I told him he would never get a girlfriend living as he did.

Before we became friends, we knew who the other was because we trained in the same gym and both admired and envied one another. I would tell him his legs looked like a chicken and he would tell me that my upper torso was smaller than his little sisters. We’d laugh and then go home and analyze ourselves in the mirror because we knew that some of the comments were true.

I am not even sure how we became friends. Mac was a hard guy to get to know and he seemed to like to go it alone. He still does. I am the opposite, very gregarious, friends pour out of me like sweat. But there we were, two opposites planning to spend a year together on the road. I still remember the excitement and enthusiasm from our planning meetings. I felt so alive.

Mac called me one afternoon and told me we had to talk. I didn’t like the tone in his voice. We met over a beer and he broke the news to me, the road trip was off. He got offered a job he couldn’t refuse and I said, ‘yes you can.’ But he didn’t, and that was that. I was devastated and angry. I felt like my dreams had been robbed from me by the same person that helped me build them. The builder and the destroyer swing the same bloody hammer.

I’m not sure how long it took me to gather myself, but it wasn’t long before I was making my own plans. I decided I would go alone. I would start by driving south across the Mexican border and continue along the 3000 miles of Pacific coastline, surfing all the famous beaches I had learned about growing up. My goal was to drive to the southern tip of South America. Patagonia bound.

I told Mac about my plan to drive south and he was super excited for me. I think he was the only person that thought it was a good idea—maybe he just told me that because he felt guilty for pulling out of ‘our trip.’ He helped me move my things into storage and I took a temporary position at my University as Assistant Director of an ESL program. I lived in faculty housing during the summer program and I was going to head south once the program ended.

Though he didn’t realize it, Mac was acting as my transitional guide from the old me to the new me. He was holding a safe space for a new friend to jump into the adventure. The right person at the right time. He didn’t offer me advice or guidance, only friendship, and kindness in a moment where I needed someone to support my crazy and overzealous dreams of adventure.

After the two-month program, I cashed out every cent I had and called Mac and told him I was leaving town. I stayed with him the night before I left. I gave him a few thousand dollars that I had saved to hold for me in case I got into some trouble. I hid other cash I had in various compartments of my vehicle and took one credit card. I was financially underprepared for such a journey and didn’t realize it at the time.

That Spring I had finished my master’s degree and my father bought me a new 4X4 Toyota truck as a graduation present. My dad left when I was a kid and the guilt he felt spurred him to spontaneously buy me things at various points of my childhood. I wasn’t complaining one bit at the time. Looking back as an adult I would have traded all those gifts for a proper relationship with my parents—whatever proper means, but you get it.

I left Mac’s house and drove to see my dad before crossing the border between the United States and Mexico. He didn’t know about my intention to drive south and I wasn’t anticipating much support about the decision. Once I got there, he used every skill he thought he had to convince me not to go. With each generation, genes get stronger and more refined, his stubbornness was no match for my determination. Darwin 101.

I found a plea for help from a school in Honduras on the internet and told them I’d be passing by and I’d be happy to assist. Passing by? Yea, I was heading south and thought I’d drop in—I was there shorter than they anticipated.

I had about six weeks to make my way through Mexico before meeting my obligation in Honduras. I had a temporary plan and a place to be 3000 miles south of the border. I had a shell on my truck and a bed built in the back for sleeping, surfboards stuffed in every crevice, and dollars hidden behind door panels. My dad and his current wife made me a few sandwiches and gave me a jug of coffee. I set out early at sunrise the next morning and I wouldn’t be back in America for another four years.